React vs Angular: Which one to choose for your Web App? 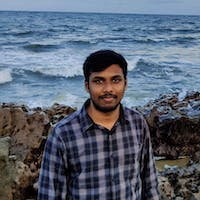 Subscribe to my newsletter and never miss my upcoming articles

React vs Angular - which one to choose for developing Websites?

🔎 Brief Overview: What is React, Angular?

Before we go any further, let's see what both React and Angular are actually are

ReactJS is a JavaScript library developed internally by Facebook for this Facebook ADs app and later made public in May 2013. React uses a declarative style(You don't directly change individual parts of the app in response to various user events instead React will take care of updating the DOM you just need to tell it what the app should look like) programming to describe the UI state.

-> Both React and Angular are open-source projects that means anyone can contribute to the source code.

-> React uses JavaScript ES6+ and JSX(JavaScript XML that is quite similar to HTML, it allows us to write HTML inside JavaScript)

React approaches building UI by breaking them into smaller pieces called Components. These components are re-usable. Each component will manage its own state and these components can be combined to build complex UI's

But since React is just a UI library it requires some other tools to render the webpage in a browser.

Angular approaches building UI using the complex Model, View, Controller architecture. Since Angular is a full-fledged package you don't need any additional configuration ad it comes with it out of the box.

-> Both React and Angular are robust technologies but React offers more flexibility and options to choose different things Router, State Management Libraries yourself.

Angular operates on Real DOM, this results in re-rendering the entire HTML tree structure. The real DOM feature makes it's apps slower when dealing with a lot of data requests.

Data binding is about synchronizing data between business logic and UI.

One-way binding makes the code more stable, and also makes debugging an app build with React much easier compared to an Angular app. But, both one-way and two-way binding of Angular is simpler to work with and makes the framework more flexible.

An application needs to be regularly updated.

The difference between React and Angular is that React has full backward compatibility. Being a library in itself, it’s easier for React to update its previous releases with new ones.

As for Angular, it’s impossible to jump from Angular 2.0 to 11.0. First, you need to install updates between the versions, one by one. If you plan to step-by-step enhance the project by adding new features, React might be the best choice since it has absolute backward compatibility.

The smaller the size of the app the faster it takes to load the web page.

Complete Comparison can be found here

Angular solves its larger size problem by not including the entire bundle of Angular framework in the user's app. As part of the build process, it gets rid of:

Then, minification and compression take place allowing the framework to perform extra optimizations.

React uses WebPack, and web pack does a few optimizations like

Angular on the other hand comes with most of the things baked in, so it is very easy to scale an Angular app with its structure and CLI.

Angular on the other hand introduces a lot of new concepts so you have no options to learn them in order to develop an app using Angular. So definitely Angular is hard when it comes to Learning.

SEO(Search Engine Optimization) is very crucial for website traffic. When it comes to SEO both React and Angular are bad at it as both of them use Client-Side Rendering which means the HTML that needs to indexed is visible only after the JavaScript is loaded.

🤔 Which one to choose?

Both are awesome technologies and you can't go wrong with any of the two as they are evolved and the community around them is insane.

-> I personally choose React over Angular due to its simplicity, Virtual DOM, rendering optimizations, React-Native(allows us to build native mobile apps using React and JavaScript), and flexibility that React provides.

Thank you for reading this far. Do share your valuable suggestions and feedback. I will see you in my next article.